The brain is a remarkable organ. It’s complex and controlling, while being squishy and vulnerable at the same time. I am fascinated with the brain and have read (and tried to read) books about how this most crucial organ operates. I know it’s weird that I do that for fun. Despite what I’ve read, I still don’t understand why I can’t remember what I had for lunch yesterday but I can recall with absolute clarity the layout of a restaurant I visited more than 30 years ago.

My brain has undergone a transformation, and not just hormonally through menopause. I started re-wiring my brain about three and half years ago, shortly after I was diagnosed with osteoarthritis. 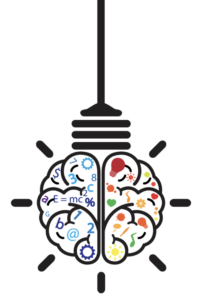 When I started to experience pain in the fleshy part of my left thumb, I thought it was just fatigue from working and writing. I thought maybe I had some carpal tunnel or repetitive strain injury. I bought a hand brace from the drugstore and carried on. After a couple of months, the pain seemed to ease off. When winter started to creep into town, I noticed my pain started to get worse. I would wake with pain that started in my thumb and radiated out to the rest of my hand. It was time to go to the doctor. After various tests and scans, the results came back with a solid diagnosis that the cartilage at the end of my left thumb bone was worn down.

My doctor advised me about which kind of splint/brace combo to buy. The one I needed supported my wrist but also had a channel to support my thumb and render it mostly immobile. I could move my fingers, but picking up a glass without an opposable thumb was impossible. I wore the brace on and off most days and sometimes had to sleep with it to manage the pain. I waited anxiously for the weather to turn because now I was one of those people whose pain worsened in the cold and damp.

But that wasn’t the worst challenge. The biggest obstacle to manage was that I am left handed and having that hand in a brace made it impossible to write with a pen and difficult to move food from my plate onto a fork. I was hopeless when it came to opening jars with my right hand since I had spent almost 50 years doing that with my left. How was I going to use my left hand while managing the pain and preventing further damage?

As I struggled with this new way of living, I remembered something someone once told me years ago when I was a cub reporter. I was working on a story that required me to talk to a superintendent of schools. At the time, I was still recovering from a left-elbow injury and holding the pen while I took notes was awkward. He must have noticed, because out of nowhere he said, “You know, you can teach yourself to write with your other hand.” I looked up from my reporter’s pad.

“I’ll have to try that.” I had no plans to do so since this was a temporary issue. I already had a party trick: the ability to read backwards and upside down.

Twenty-five years later, that advice became my lifeline to functioning like a proper human.

Using my right hand, I picked up a pen with trepidation. If felt wrong and I had to roll the pen around between my fingers a few times to find the right position. It felt like someone else was holding the pen. Could I really do this? Is it really possible to re-learn how to write? I had nothing to lose by trying. So every day, like a kid in kindergarten, I practiced my letters. I started printing lower case letters: a,a,a b,b,b, c,c,c. The ‘b’s came out backwards as ‘d’s and I struggled with the letters ‘s’, ‘g’ and ‘y’ which became ‘z’s, ‘q’s and ‘x’s. To me, this was less frustrating and more fascinating as my brain formed the letters the way it learned them with my left hand. It took about a year of practice before I was fully a right-handed writer. Oddly, my right hand lettering is neater than my left, but even today, some letters occasionally come out backwards.

What was even more interesting was what happened to my brain over that year. As my mind was focussed on forming letters and switching from left to right, I noticed some other changes. My creativity was sparked and my head filled with ideas for my own writing projects as well as for my clients. I felt more aware of the sights and smells around me, like my peripheral vision and nasal passage had opened up on wide angle. I took joy in things without feeling the need to document it for Instagram as proof. Switching from my left-handed life to explore the right-handed world triggered something in my brain. It wasn’t a hemispheric shift – writing is controlled by the left side regardless of which hand you use – but I like to think teaching my left hemisphere a new skill forced my right hemisphere – which controls creativity – to keep pace. I now have a new party trick: the ability to switch hands mid-sentence like nothing weird is going on. It freaks people out and that is fun for me.

As an interesting anecdote, I was in my husband’s office one day and I spied his fountain pen sitting on the desk. I picked it up with my right hand, and on a post-it note wrote:

“I have never used a fountain pen. This pen writes beautifully.”

The very next day, my husband approached me, fountain pen in hand. He was offering it to me. He saw my note and connected the dots. It wasn’t that I had never seen a fountain pen. He figured out that I had never had cause to own one, as being left-handed meant nothing but smears would left on the paper.